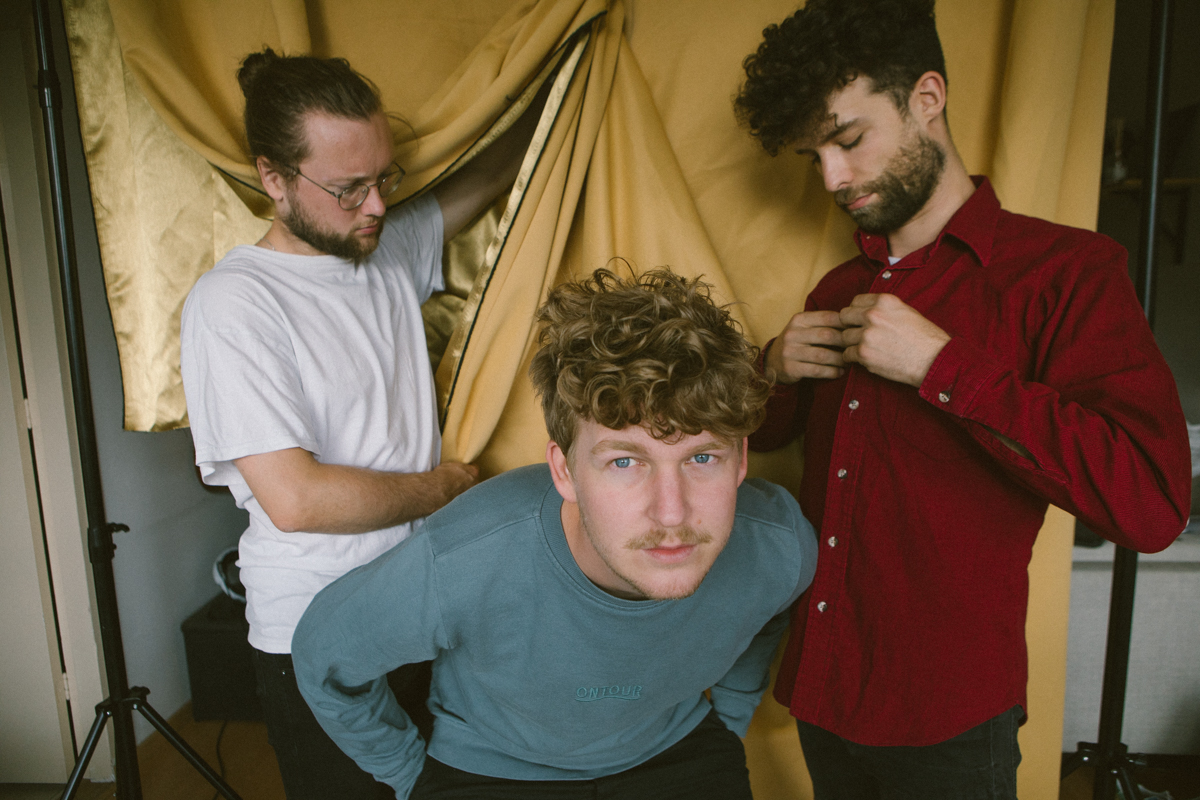 M94.5: You had been working on your second album The Noise You Make Is Silent for two years, before you released it this year in mid-February. How would you describe the album process in retrospect, also in view of the high expectations on your follow-up?

Wannes: The making of this album felt like a really long process. We’ve written many many demos and tried out a lot of different styles and ways of songwriting. I remember us joking about having written three albums worth of material. In the end, it worked out great though, since we had the luxury of picking only the best songs we’d written to end up on the album.

There were definitely moments when we felt the pressure of expectations and I think we’ve tried to take them seriously. But we found that such a mindset never produces great songs. All the songs that ended up on the record are songs where we did what felt right, ignoring for a moment what others would think of it.

How have you experienced the time after the release and how do you feel about the reactions to the album?

When we were getting ready to send over the songs to the mixer, I had this random realization that the album was reaching its final form. It sounds kinda trivial in retrospect, but I remember thinking: “Wow, we’ve really made something special here.” I think we all were at a point where we were sure that this is the album we wanted to make.

Still, you never know what people are going to think of it and that’s kinda scary. But when the first reviews came in, I felt a sense of relief. Almost all of them were really good. We also got a lot of good feedback from our fans at shows and on socials. Making the music you want to make feels good, but it feels even better when people actually get it.

Unfortunately, you had to cancel your Europe tour due to the coronavirus and can no longer present your new album live to your fans. How are you coping with this extraordinary situation?

After the release of the first album we’ve been playing a lot live. Pretty much full-time at some point. In many ways that’s when we start to really understand a song. You start to see what it does to people, what the power of a song is.

It was really sad to have to cancel this tour. We were so excited to go on the road again. But in the end, we just have to make the best of it. For the rest of this unexpected free time we’re making sure our live show is even better when we hit the road again, and we’re setting up a weekly live stream for each of which we write a brand new song. Keep an eye on our socials for that one!

We still had a lot merch left from the tour, so we decided to set up a special online store where people could pay what they wanted – operation toilet paper. All the profit was split between us and the crew members who were to go on tour with us. It was so heartwarming to watch the orders pile up. We have the best fans!

The Dutch government banks on herd immunity as a measure against the virus. How do you feel about that? What does life in the Netherlands and your personal everyday routine look like right now?

The Dutch are really stubborn people. It took way too long for us to take the situation seriously, and even when the government was advising people to stay home, the beaches, parks and cities were still crowded. But I think everyone is seeing the severity of the situation now and most people are finally staying home as much as possible. I moved all my equipment from the studio to my living room and I’m working from there now every day.

On Facebook you announced to keep on writing new music during “these weird times.” Fact or myth: artists are especially productive in times of quiet.

Definitely fact! All the artists I know are in hyperdrive right now. I think we can expect a lot of music coming out over the next couple of months.

I downloaded the seven minute workout app to stay active. It has only exercises that can be done indoors and it takes only seven minutes which I can manage. As soon as there was talk about a possible lockdown, I bought a Playstation which keeps me entertained for now. And podcasts! They are the best way to get your information in times like these.

#Albumrelease #Interview #Klangstof #Quarantäne #The Noise You Make Is Silent

Yaeji – What We Drew 우리가 그려왔던