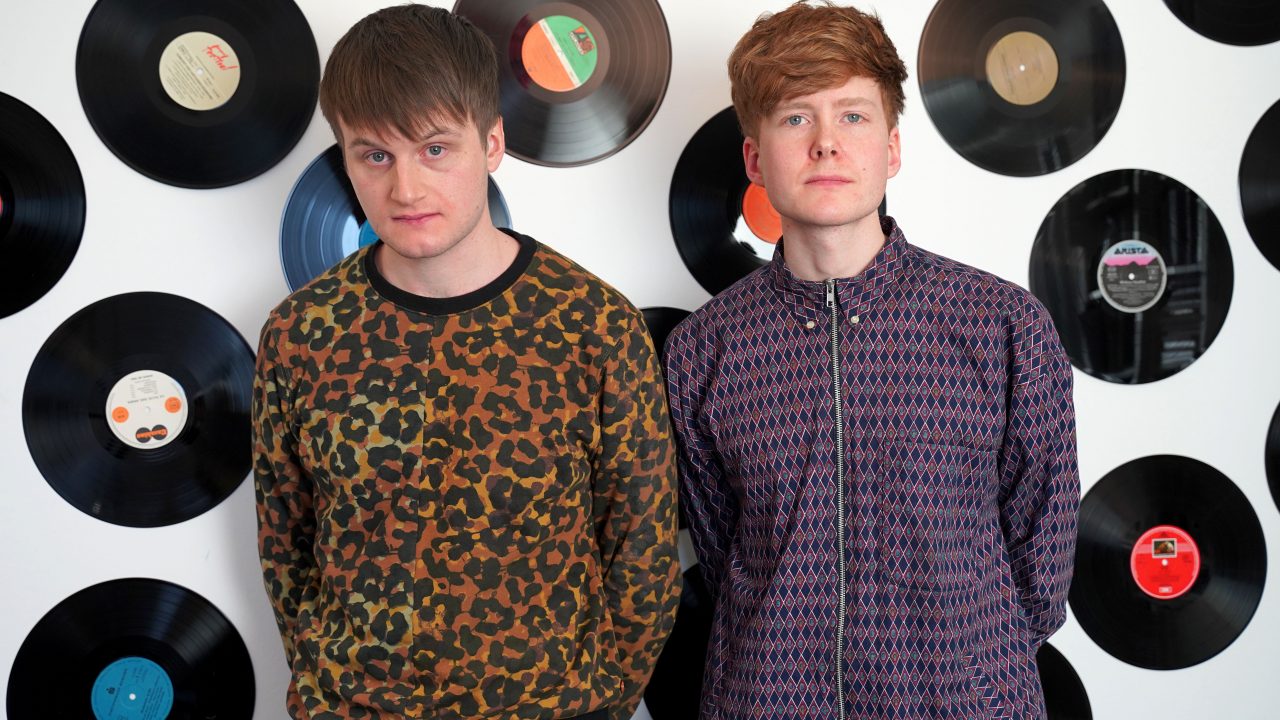 You started in 2016 as Oxen. Did you work on different projects before that?

Well, we’ve known each other from when we were twelve years old. We’ve been playing music together from the beginning. I played the trumpet and Stefan played the piano. So we did a lot of different stuff. And always with each other. We haven’t had a band without each other. Almost feels like we are married. We know each other so well.

I scrolled through your Facebook page and found some pictures where you seemed to be a trio – now you’re a duo.

Yeah, at the beginning we were a trio. But our drummer left after a year. And then we decided to just be a duo. So we can just do whatever we want and bring in other musicians.

Did that change the dynamic or style of your music?

Probably, I think we were the writing core and we were meeting more often – like writing music together. But I guess, now we feel more free. Now that there are only two minds that have to work together, it’s a bit easier.

You’ve been making music in this constellation for a little over two years, in 2016 you released your first EP. And then a few months ago you released your debut album „Postpone and Forget“. Did it take two years for you guys to work on that?

I think this album is basically a mix of everything that we’ve been listening to over the past eight years. So the next stuff we’ll record will be a bit more like the stuff that we are listening to right now. This album sums up our youth.

And what can we expect from the new stuff?

Our new stuff will be more inspired by the 80s and the 90s. We are really into the music from the 90s, I guess. We’ll see what we’ll end up with.

With the album title „Postpone and Forget“, time seems to be the main topic, with song titles like „Postpone“, „Rushing Times“, „Limbo“ and „Soulmate“. Did you choose that theme on purpose?

No, I’m the one writing the lyrics and I didn’t have that specific thought in mind. I guess it just happened to be so.

How does the creative process work with you guys? Is everything happening in a studio or do you also jam at concerts and then use it later?

No, I think we are perfectionists. We are pretty organized and we are just writing music in our little studio. And then, when we are recording stuff, we are doing that with our producer, of course. He’s just great and has a lot of other ideas. We have a lot of fun when we are recording. It’s like we can get loose and be a bit more playful. We are pretty square minded when we come to the studio.