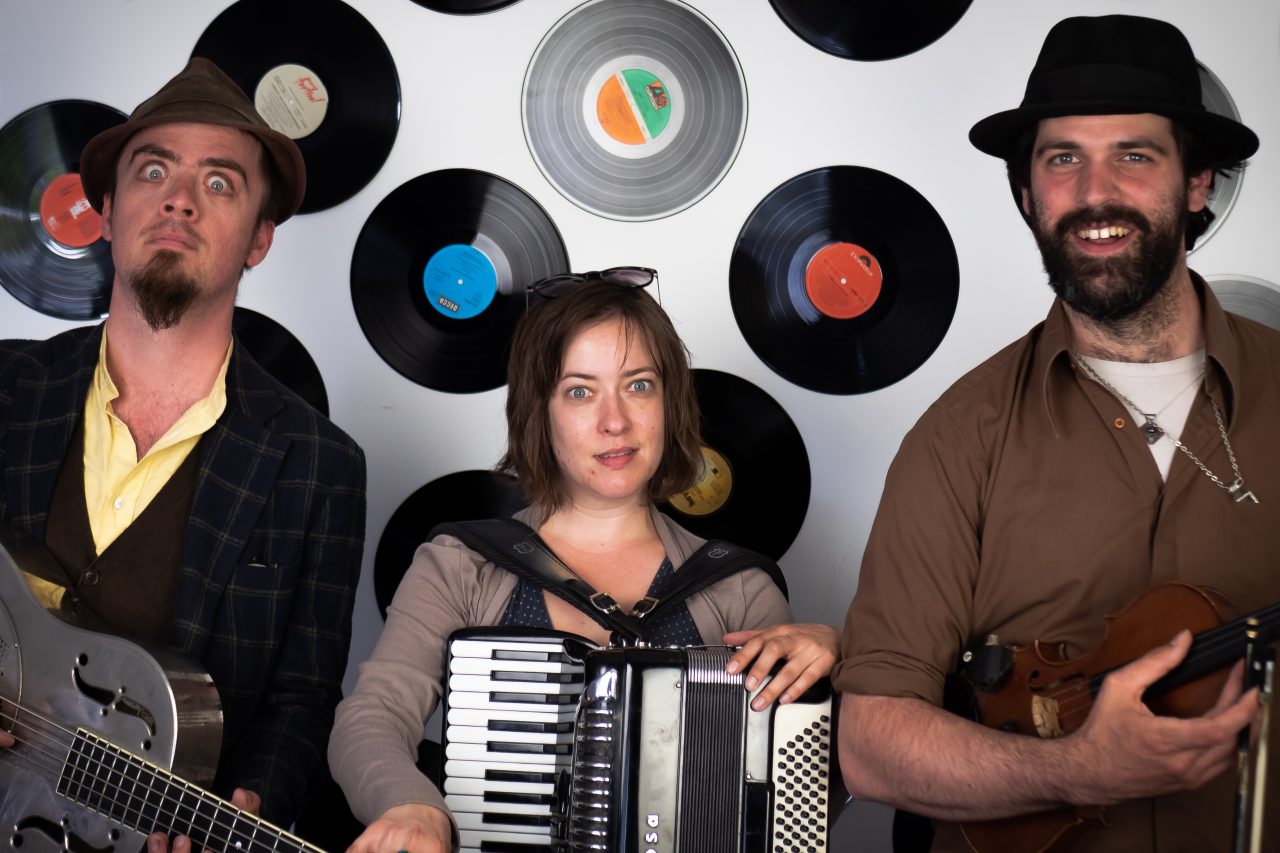 Your choice of instruments is very unique, in some of your videos we can see that Lucas is playing some kind of selfmade contra bass. Where do you get something like this, did you build it yourself?

Lucas: So the tub bass, or as we like to call it when we’re fealing clever, the contra bass was the idea of a friend of mine, who’s a carpenter, named Tom Finnelossa. I started working with him on the idea a few years ago and we’ve made several of them since then.

A few weeks ago you released your new album called Blue Ruin. The album is very acoustic, it’s part of a double release which comes along with another album later this year.

Lucas: Yeah, so the idea was instead of just putting out, you know I’m happy with our old albums, but they’ve always just kind of been like a lot of albums. The point was to put out some more concise, two concise albums, that are fairly short. Each is about thirty to fourty minutes long, that have a really strong theme and concept. So Blue Ruin is very intimate and acoustic and then Red Moon, the one later this year is gonna be very electric, very high energy. Yeah, so a kind of strong contrast.

So you’re really working alot, you’re touring alot, you have so many different gigs, aren’t you guys tired of the tour life? Do you want a break, until the next album release?

Greg: No, no! Breaks are scary.
Willo: We loose our concept of what we are doing in life, if we have to much time off, really.
Greg: This is what we do you know. We’re very lucky to do what we do and I think we try to do it as hard as we can.