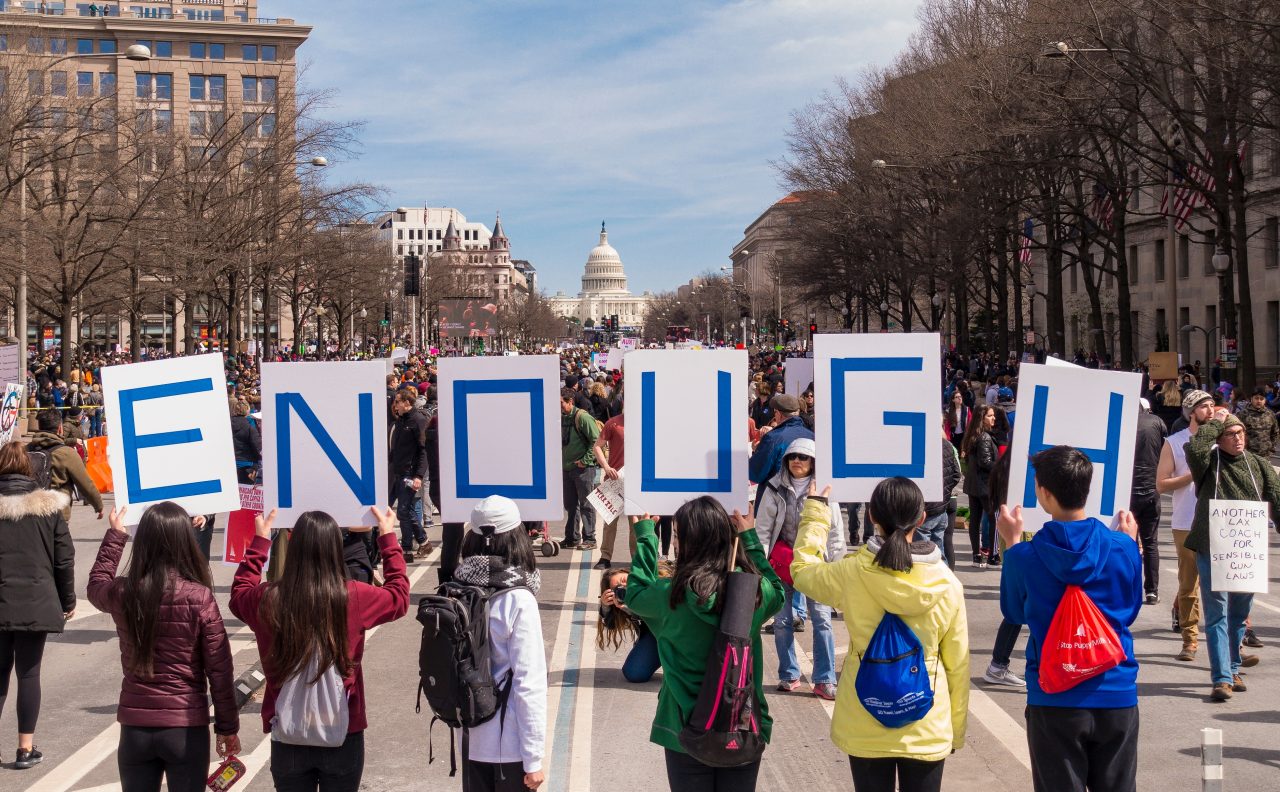 Gun control in the USA

Who is to blame for El Paso? The blatant xenophobia and white nationalistic political angle of President Donald Trump may be influencing the actions of his supporters.

On Saturday, August 3rd, twenty people were killed and two dozen were injured in a mass shooting at a Walmart in El Paso, Texas. The offender, a 21-year old white man is currently in custody and may face capital murder charges. The FBI has opened a domestic terrorism investigation into the massacre.

The sheriff of El Paso called Saturday’s shooting for what it is: „a white supremacist hate crime and terrorist attack against Latinos.“ The shooter, Patrick Crusius allegedly wrote a racist, anti-immigrant report discussing the „hispanic invasion“ of Texas. “A lot of the rhetoric that the president [Donald Trump] has made is found in that manifesto,” said a Texas representative, César Blanco.

The Mexican foreign minister, Marcelo Ebrard, will potentially request extradition of Patrick Crusius. He will also try to take legal action against the firm or person who sold the assault weapon that was used in the massacre. Mexico is considering litigation over an act of terrorism towards Mexicans in the United States.

Some reports expressed concern for victims of the massacre who were undocumented and their fear of seeking medical aid. Suprisingly, ICE claimed they do not conduct immigration enforcement operations during tragedies. U.S. Customs and Border Protection and ICE reassured victims that its men and women stand with El Paso.

After US president Donald Trump launched his 2016 campaign by calling Mexican immigrants „rapists and drug dealers“, linking immigration and crime, and referring to Mexican migration as an „invasion“, his supporters have believed a false reality about immigrants and heavy immigrant populated areas. El Paso has a population of around 680,000 people of which 80% are Latino. El Paso has continuously been ranked one of the safest cities in the United States. President Trump’s ignorant statements about the dangers of immigration send a message to white nationalists that it is acceptable to openly spread and support hate.

After shootings it became a routine in America for Democratic candidates to preach for tighter gun control measures and bring attention to white nationalism and xenophibic policies in the United States. Potential 2020 presidential candidates have said Trump is indirectly to blame for this tragedy. Cory Booker, the first African American U.S. Senator from New Jersey said on CNN’s State of the Union, “Donald Trump is responsible for this. He is responsible because he is stoking fears and hatred and bigotry.”

El Paso native and potential Democratic presidential candidate Beto O’Rourke said at a trade union forum, „There is no luxury in this democracy of sitting this one out, whether it is gun violence, whether it is many of the issues we discuss today. Universal background checks, a stop to all sales of weapons of wars, some initial reports were that it was a military style weapon or weapons used in Cielo Vista Mall, keep that shit on the battlefield, do not bring it into our communities, I don’t want to see it in our malls or in our schools or in our churches or in our synagogues.“

Democrats are finally addressing the inaction of gun control in the United States. Far too often after tragedies like the shooting in El Paso, we only hear about thoughts and prayers for those lost and their families but see no real action. Democrats and Republicans debate these issue but we have seen no effective change on either side. These masacres have become far too normalized. Many people have just accepted the idea that they will be a regular occurance in the United States.

Australia has completely banned semi-automatic and self-loading weapons, and introduced tougher requirments on purchasing guns after 35 people were killed in a mass shooting in Tasmania in 1996. Firearms must now be registered, and owners must have a licence. It only took Australia twelve days to pass this National Firearms Agreement. The number of shootings in Australia has decreased exponentially and gun violence in general has plummeted. It seems that a similar solution could be the best way to effectively end the gun violence epidemic in the United States.

This article was written by Samantha Knight (Redakteurin aus Cincinnati)