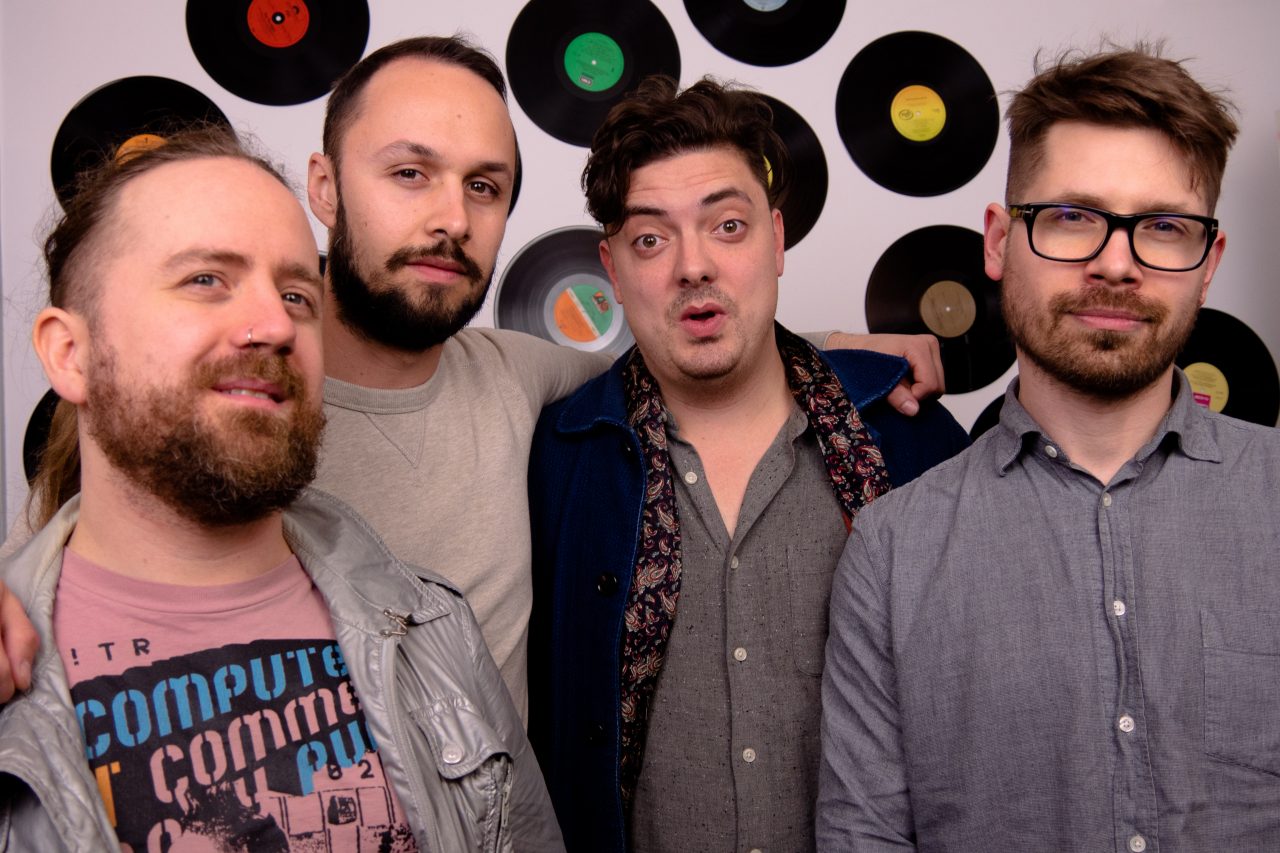 For people who don’t know you yet, how would you describe your style of music?

Mike: Our style of music has been described as pop music from the future or scuffed up pop music like falling down the stairs. It’s pop music, but with a bit of punk and sharp edges to it. Not as bubble gummy as maybe some top 40 radio music.

Luke: And we like to experiment a lot with synthesisers and stuff. I mean, we grew up in the 90ies, so I guess it’s a little bit like what we thought the future might sound like in the 90ies.

On your Facebook page you describe yourself as „We are not your friends. We are peers.“ What does the word ‘peer’ mean to you? Where is the difference?

Luke: We grew up together, so it’s been a really really long time. And I think that growing up in a city like Toronto you have a lot of great music talent coming out of there. We were exposed to a lot and made friends with lots of people and have seen lots of artists develop there. So we felt part of that community and I think we wanted to say something a little bit to acknowledge that community.

Mike: Yeah, people you work with where there is more to it than a friendship. Like the relationship stretches farther out and has more meaningful conncections with work or music or creativity.

Like you already said, you guys have known each other for quite some time since you grew up together. In fact, before you became the Future Peers, your band was known as Boys Who Say No. What made you decide that you need a change?

Luke: I put my ukulele down and I got a synthesizer.

Mike: Yes, that’s a large part of that. We played a bit more like a Wilco or Mumford and Sons style music, which was kind of more trendy at the time. And then, the music started changing, we were experimenting a lot with all sorts of stuff, and we met a really amazing producer named Shawn Everett, who has been working on some amazing stuff. He did Julian Casablancas and Alabama Shakes. So; we met him he wanted to make a record with us. We went out to L.A. and we knew we wanted a fresh start with the record, because it was so significant, so we thought let’s make a new band instead of just making a third record from a band that was just mediumly successful in Canada.

Luke: And also, we changed as people, our taste kind of changed. I’m maybe a little sceptical of artists who stay the same, do the same thing forever. It’s like: don’t you grow?